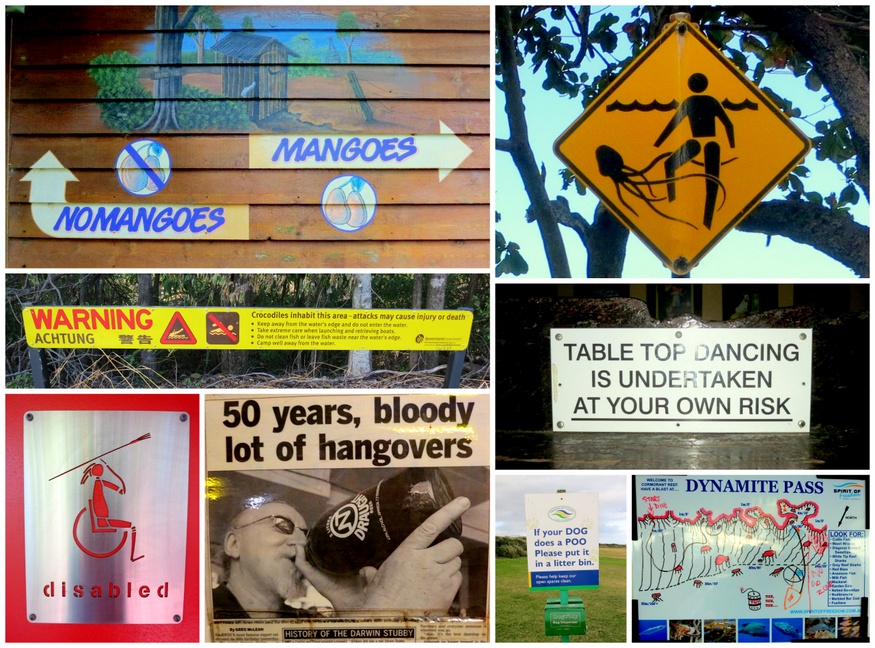 Big, brash, beautiful, booming…Australia is larger than life. It feels like the USA on lots of levels but with an extra swagger in its step. They’ve largely descended from convicts, they live among the world’s deadliest animals, and their GDP has quadrupled since 2003…so they’re feelin baller. Then add in the world’s largest reef, the world’s oldest rainforest, the world’s oldest living culture, vibrant cities, endless outback, and Crocodile Dundee…and you realize they are baller. We wanted to explore all corners of this wild country but time, distance, and cost were not our friends. In our few weeks traveling from Canberra to Queensland to the Northern Territory, we did the best we could to get to the heart of country and find out how You Know You’re in Australia When… 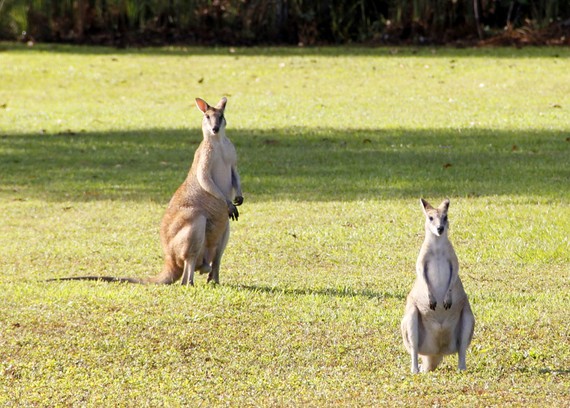 – There are ~50 million Kangaroos & Wallaroos in Australia, outnumbering people 2:1 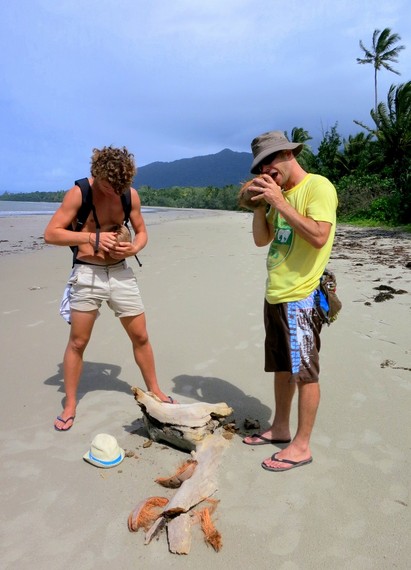 – Fallen coconuts are the only affordable happy hour on the island (food + drink = 2 for 1 special!). 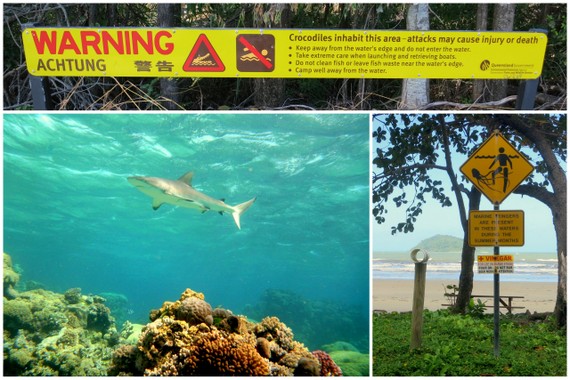 – Not even The Hoff can save you from these waters. Bring your “stinger suit” if you think you stand a chance! 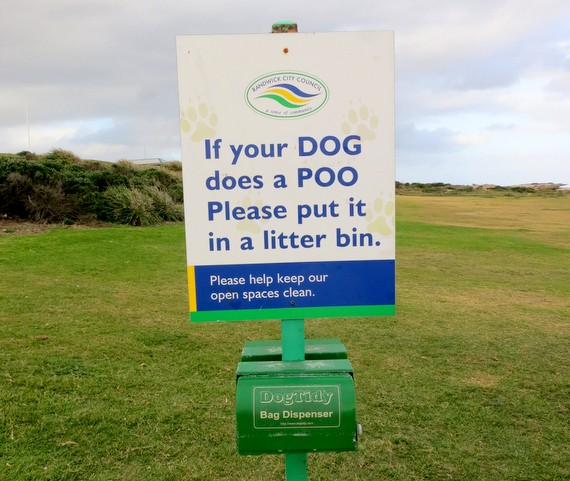 – Not even the government is Politically Correct 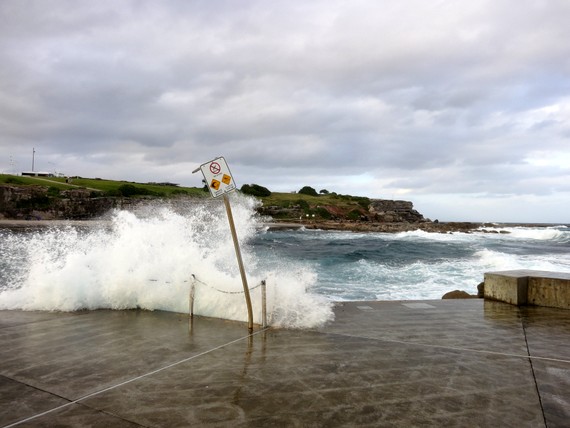 – Public pools look more like a tsunami retaining wall (at the moment of this photo, there were old ladies doing laps. Like we said…baller). 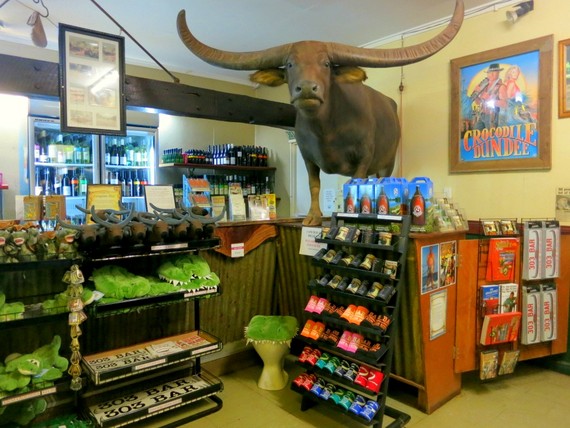 – Mick Dundee is still a living legend. Never forget, “That’s not a knife…THIS is a knife!” 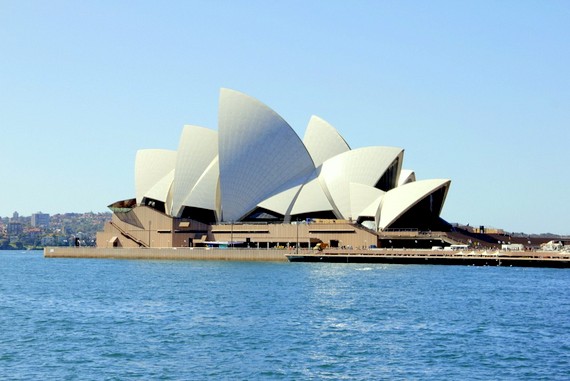 – No matter how many times you’ve seen this photo of the Sydney Opera House, you have to take it yourself. 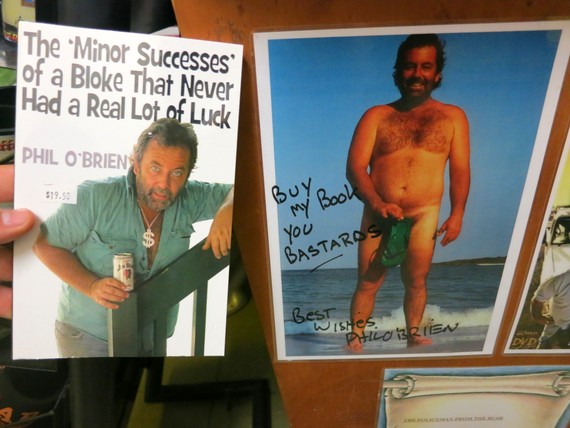 – This book is a local bestseller…for obvious reasons (we are honestly in stitches every single time we look at this photo).

– You have the largest living structure on earth and natural fish-tank longer than the entire West Coast of the USA. 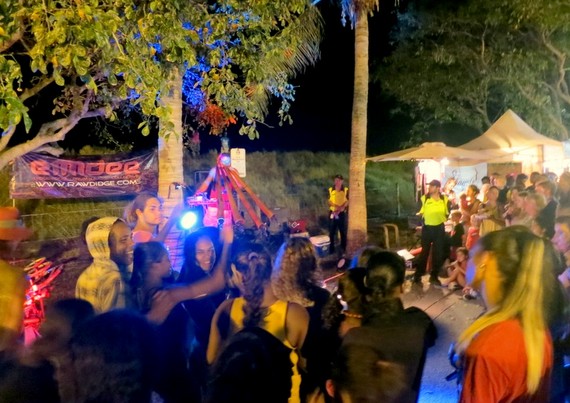 – A didgeridoo (or five!) really gets the dance floor bumping. 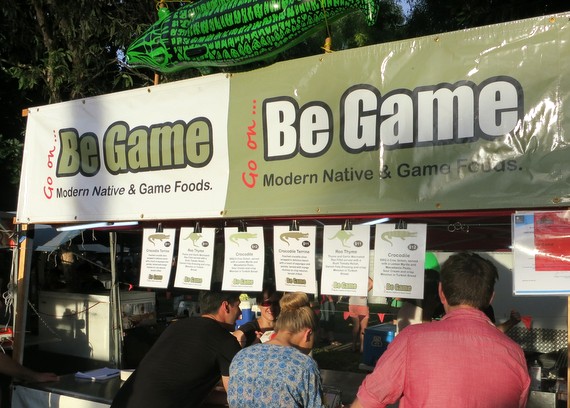 – This photo has absolutely nothing to do with Australia, but we had to share this haircut we saw in Sydney. Holy Mouseketeer!

What’s your favorite way to know you’re in Australia?

7 thoughts on “You Know You’re In Australia When”