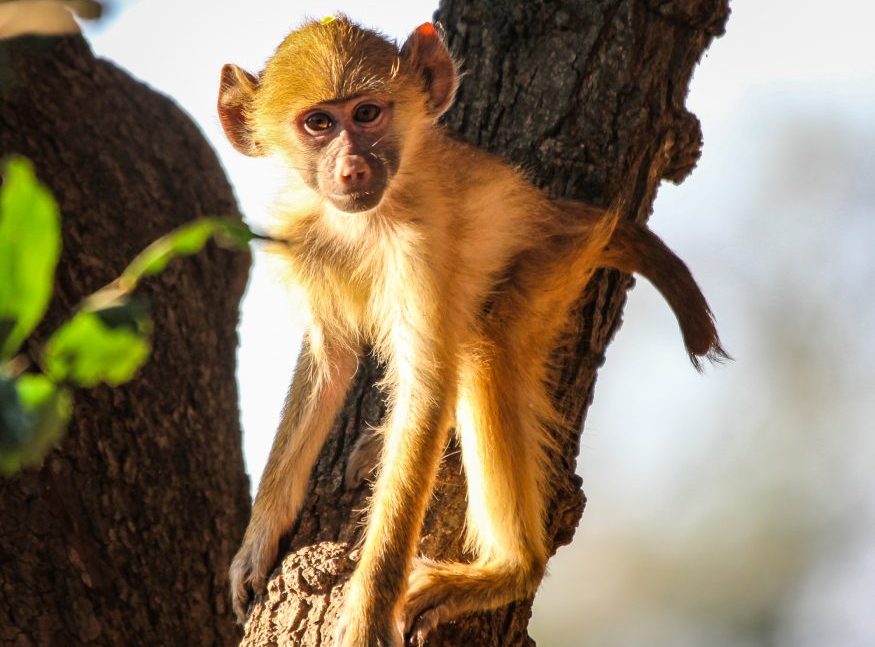 Sadly, the history of African safari has ugly roots in game hunting and exploitation of native land but with visionaries like the late conservationist Norman Carr, this finally started to change. In 1961 he partnered with the Kunda chief Nsefu and started the first photographic safari camp in Zambia. After Carr’s death, his former guide and fellow conservationist Robin Pope took over Nsefu Camp to preserve its heritage and continue to offer some of the best safaris in Africa. 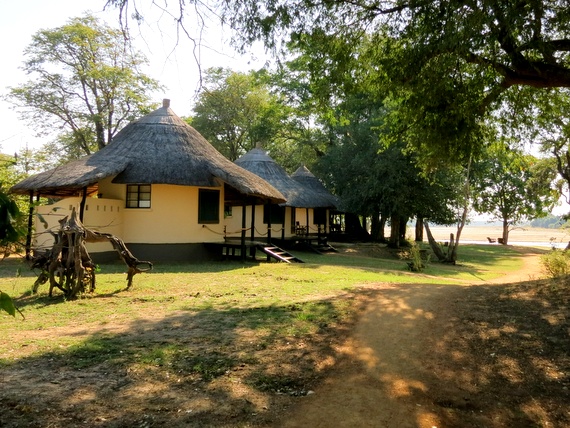 Set on gorgeous and lively bend of the Luangwa river, Carr and Nsefu picked the best possible spot in the area to set up camp. The six cabins have kept the same foundation and style of the original camp (with great old black and white photos by the bar to prove it!). 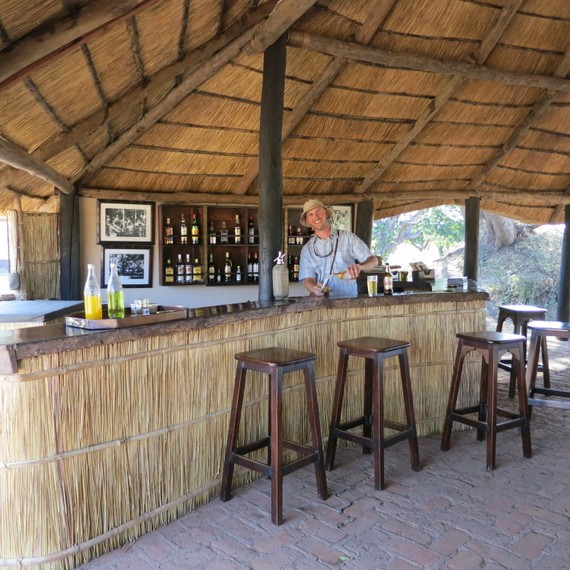 Robin Pope’s Nsefu Camp is luxurious and romantic, without being stuffy. The staff were always there to cater help with anything we needed, but we never felt they were doting over us. Case in point, when the bartender is away from his post, the camp policy is, “The bar is never closed, as long as don’t mind helping yourself.” No problem! 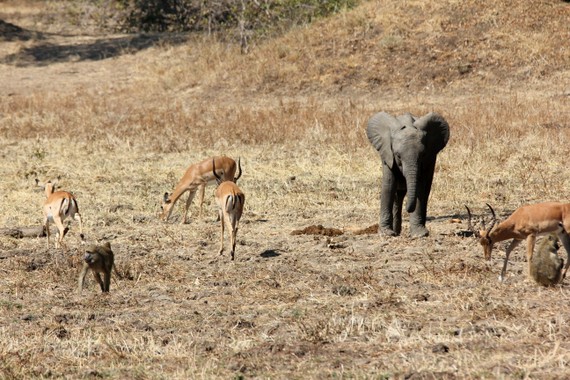 With Nsefu camp’s strategic location, the bounty of animals in the area can be felt without ever getting into a safari vehicle. This photo of a baby elephant, impalas, and baboons was taken from the comfort of the camp living room. 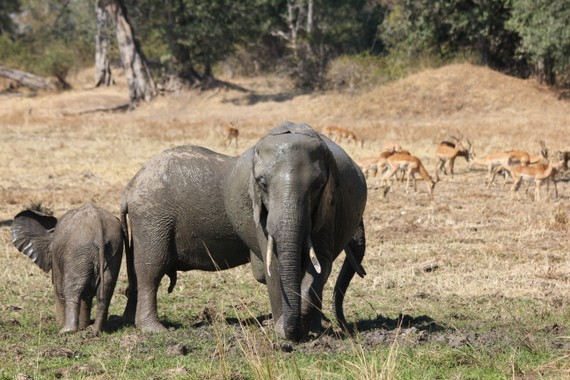 Each day we would head out for a multi-hour game drive in the morning and afternoon. There are never any guarantees on which animals you’ll see on safari but with over 14,000 elephants roaming the South Luangwa National Park, our game drives were never short of an amazing ele’ encounter. These bathing beauties, splashing each other with muddy water were so much fun to watch! 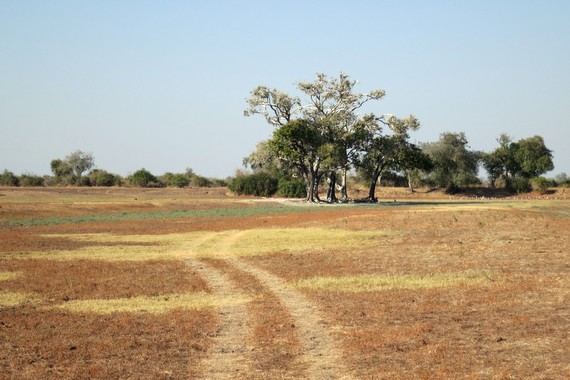 The range of landscapes throughout the park always made for pleasant surprises. In one game drive you might ford numerous rivers, squeeze your way through dense forest and pass through arid landscapes of swaths of red and golden grasses. 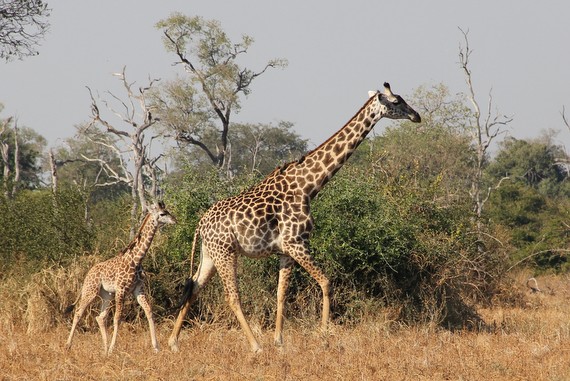 The beautiful Thornicroft’s Giraffe, which you can recognize by their irregular leaf-shaped spots, can only be found in only area in the entire world–you guessed it, South Luangwa! 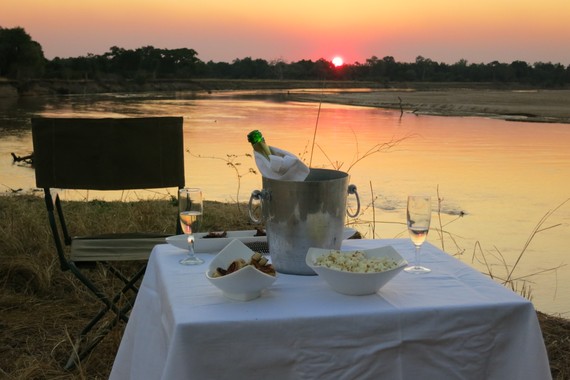 After each game drive, we would head to the cliffs above the river to watch the hippos, crocodiles, and countless birds go about their amazing ways over sun-downer drinks. As if a nice Mosi lager wasn’t refreshing enough, the Nsefu team surprised us with a private session of champagne and hors d’ oeuvres to toast our honeymoon! 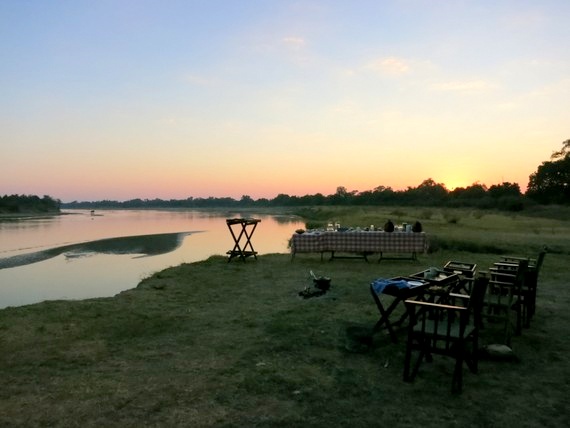 Each sunrise, we would head over to the breakfast buffet along the shore for a hearty fire-cooked oatmeal and to watch the river come alive. If you can see in the distant left, an elephant is splashing his way across the water. 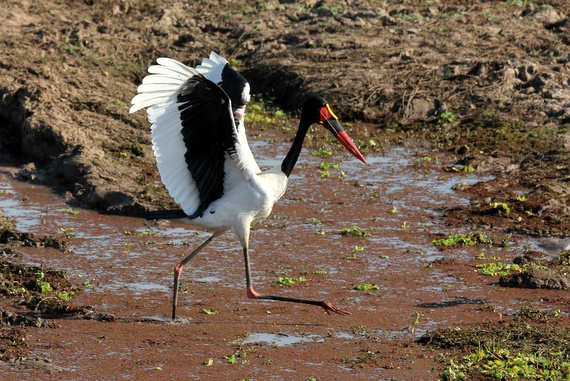 We weren’t ever very big into birdwatching but with 400+ species recorded in South Luangwa park it was hard not to become a fan. We parked at this stream for over an hour, mesmerized by the performance in front of us, with these massive “German birds” stealing the show. With a red, black, and yellow bill resembling the flag, these birds are peculiar and exquisite all at once. 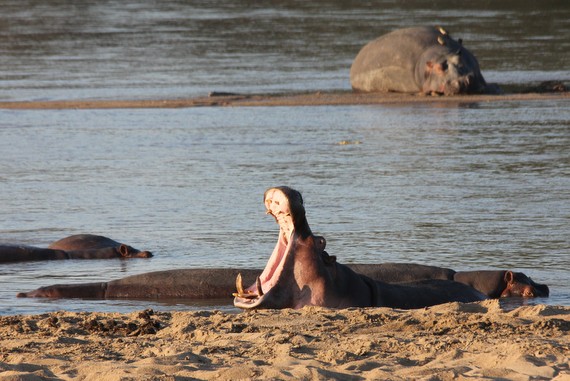 If there is one animal we’d say we’d truly bonded with at Nsefu camp it would have to be the hippo. A family of over a dozen hippos made themselves a home directly in front of our cabin so we got to watch their every move and hear their every sound (emphasis on the sound part). Snarf, gurgle, honk…these hysterical noises made for the best natural alarm—if only we recorded them for wake up calls back home! 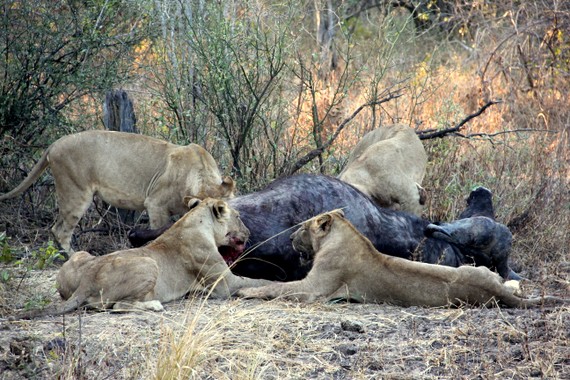 As we headed to the airport on our last day, we noticed our guide Yonah was taking some pretty bold shortcuts. Working hard the night before, the Nsefu team found the exact spot of a fresh lion kill and he was taking us straight to them! We watched these four lions feasting as two adolescent cats playfully wrestled on the sidelines. If was the ultimate safari sendoff.

There are so many things about Nsefu Camp to love but most of all it was the animal to people ratio. It was as if we couldn’t go a mile without seeing an animal but could go a whole day without encountering another car (other Robin Pope vehicles, included). This plus the combination of deep history, an ever-changing landscape, and an incredible vibe, made South Luangwa a true favorite.

Note: Robin Pope Safaris invited us to be their guest; however, all opinions are our own.

P.S. As a photographer in love with Africa, Robin Pope’s Nsefu camp was a dream come true for me. I hope you will take the time to look through the slideshow images below and let me know which are your favorite snaps.