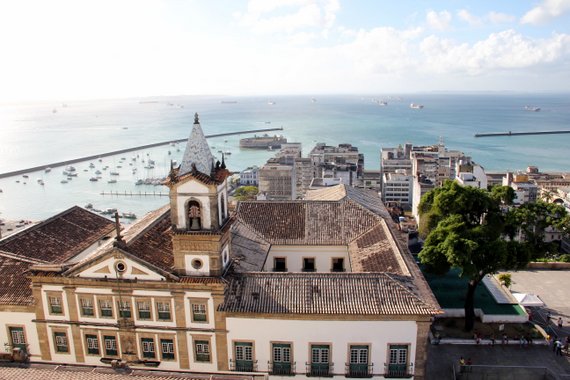 Brazil’s deepest cultural roots lie in Salvador, the country’s original capital. Established by the Portuguese and built largely by slaves in the 16th century, Brazil’s unique blend of European and African heritage shine through in the most brilliant way. 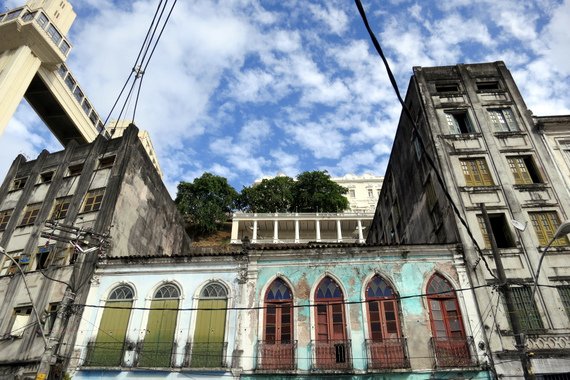 The historical section is divided into a lower and upper half and connected by funiculars and an art deco elevator. (Tip: Have a peek at the elevator but take the trolley for better views and ventilation). The lower section was originally for the port workers and still keeps its rough around the edges vibe. Worth a few hours stroll before it gets dark (Salavdor is beautiful but not the safest). 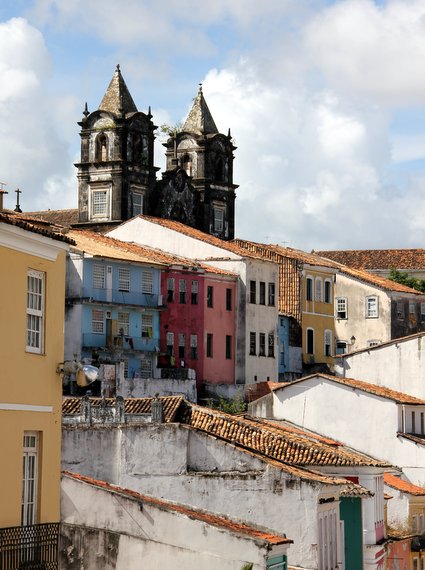 The upper half of town is the beyond-picturesque Pelourinho. Colorful colonial architecture, artist studios, charming cafes, and music at every turn, it is seductive to say the least. 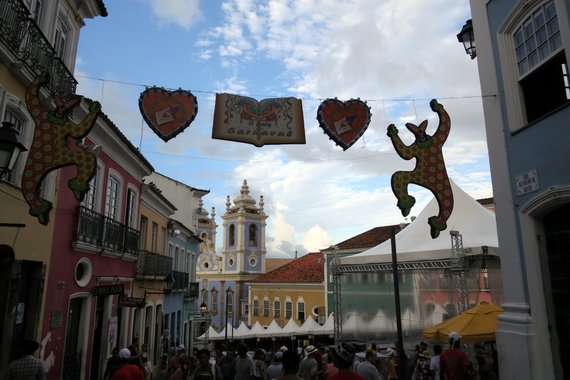 Salvador throws the county’s seconds biggest carnaval (and many say the best) in Brazil. To be here the week of the party let us see the town all dolled up and ready to go without the crowds and mayhem of showtime. 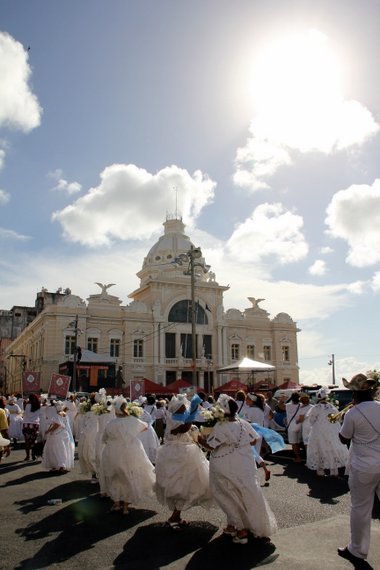 The party hadn’t officially started but you would never know by the amount of dancer, drummers, and drinkers on parade. 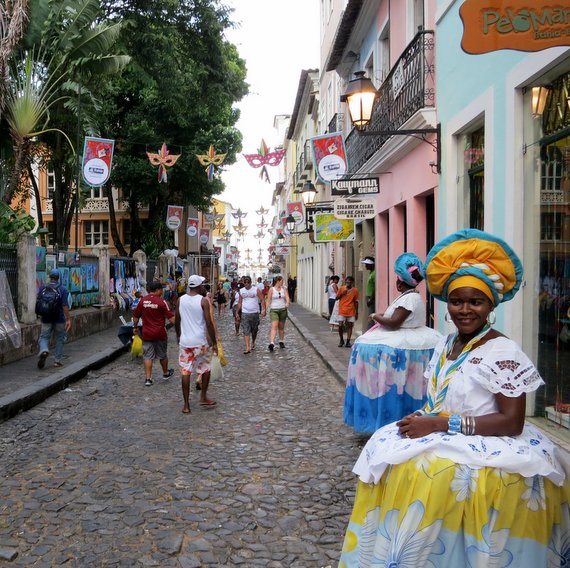 Afro Brazilian women in traditional dress pose for photos in the most touristy areas but walk around the lower city and you’ll quickly see the sassy headdresses and vibrant skirts aren’t costumes, they are just the town’s sense of style. 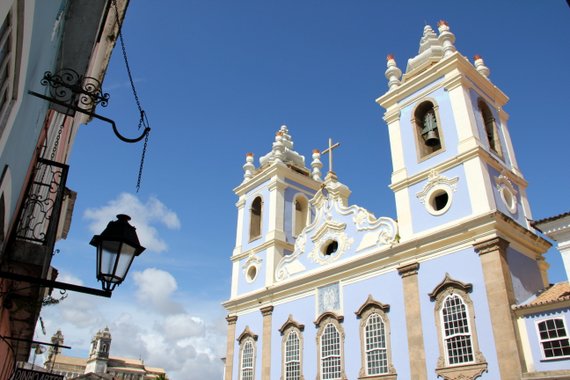 There are 365 churches in the tiny Pelourinho–which may sound like the makings of a religious region but in fact that number adds up to make it the biggest party town. In Salvador, every church has a patron saint, each with their own day to honor them, so it became a race to build until every day of the year was taken and each became a festa. All 365 holidays are observed. 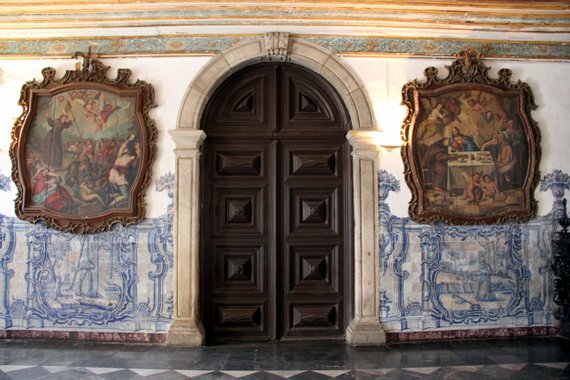 The quantity of churches in Salvador does not effect the quality. Each felt grander than the next. Sadly we couldn’t snag an interior photo (this is just the side hall)of the Convento e Igreja de Sao Francisco but just imagine the prettiest church you’ve seen then dip it in gold. 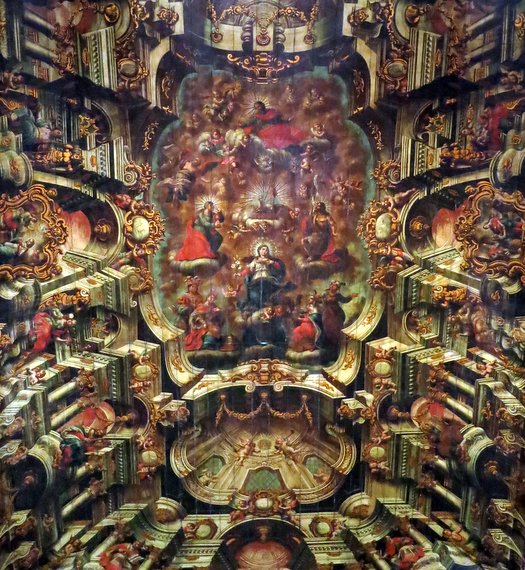 Though it may not seem it, this is a mural for a more humble church in the lower city. The quality of the art rivals European cathedrals but with wood planks for a canvas it wins extra points for charm. 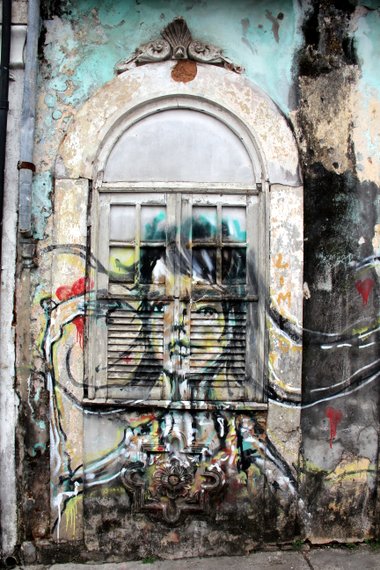 Outside the churches today’s art is on the street, painted on nearly every door, wall, or fence artists can find. The more run down the building the better the work.

For tips on where to stay, eat, and shop in Salvador, see my list on Seeing Design.

2 thoughts on “Salvador: The Soul of Brazil”