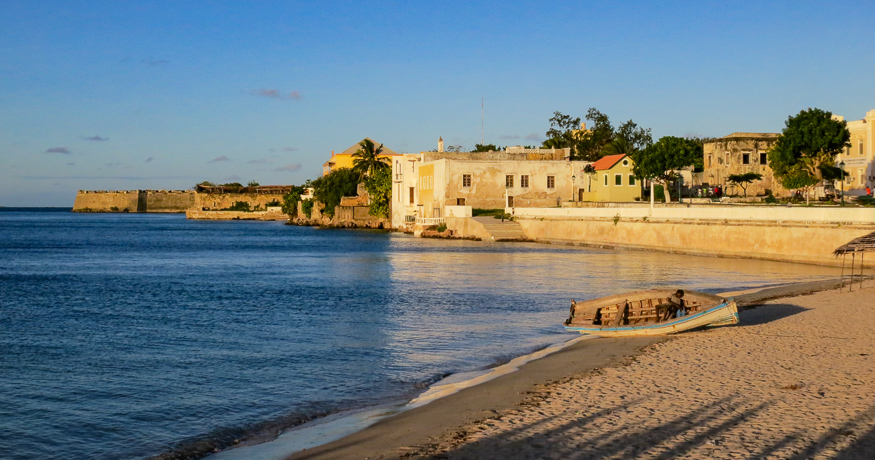 It’s hard to imagine amidst the crumbling coral walls and dirt streets that the mile-long Ilha de Mozambique was the capital of a Portuguese East Africa and their gateway to global trade. As a UNESCO world heritage site, we expected this little island off central Mozambique to be teeming with tourists but due its disrepair and incredibly remote location, it remains a time capsule holding on by a thread to its heyday as the heart of the Portuguese spice route. 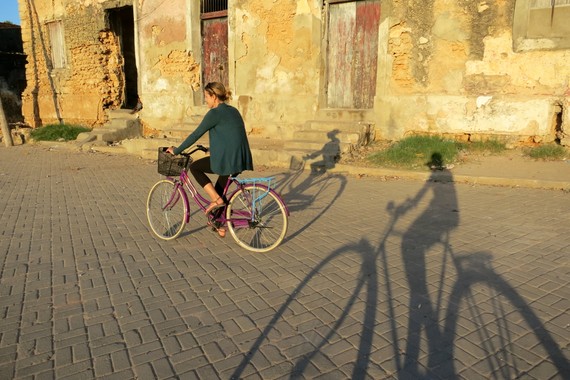 To get acquainted with the island we signed up for the Ilha Blue free bike tour. Sadly the tour guide barely spoke English and knew nearly squat about the Arab traders arrival in 900 AD, the founding as a Portuguese colony in the 1500s, or the dynamic international population that lived on the island, but his access as a local and the three-speed wheels were were worth the trip. 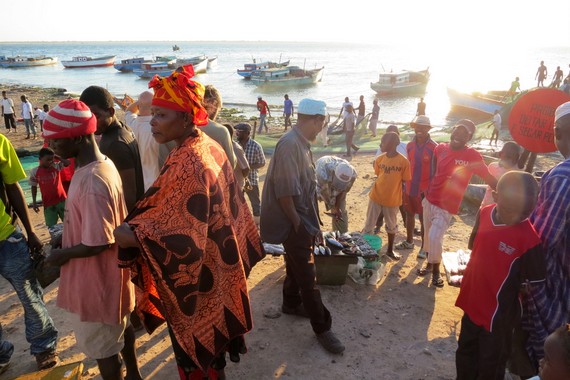 One great introduction our tour guide gave us was to the evening fish market—a side of the beach where the fisherman lay out their nets full of fresh catches and their wives sell them on their crate tables. You’ll notice a number of men with Taqiyah caps and ladies showing as little skin as possible; Ilha de Mozambique is over 90% Muslim island. When the Portuguese were forced to leave at the dawn of the country’s independence in 1974, the Catholics left and the Muslims firmly established their place on the coast. 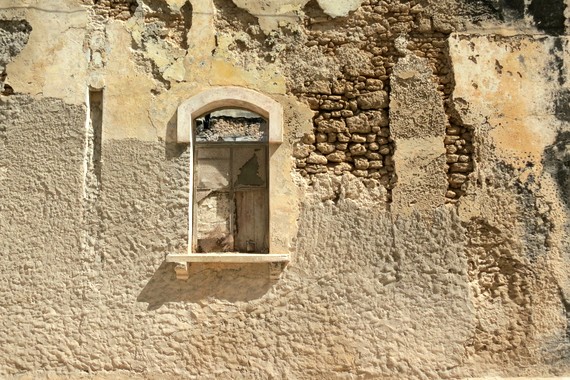 Crumbling buildings give a precious look under the hood of the city’s architecture—a mix of influences from the Arabs, Indians, and Europeans that lived there. Coral stone was the abundantly available resource on the island and with the limestone sealant slipping away, we got a glimpse into every layer from the facade to the interior. 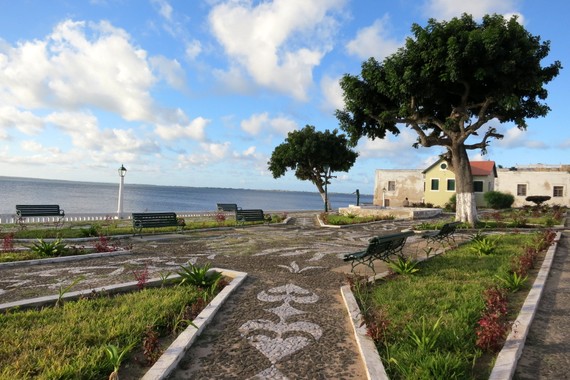 Despite all the comments on disrepair, UNESCO is slowly making its mark with restored parks like this. At the convergence of the pier, museum and road to the Fort São Sebastião, these freshly laid quartz paths make a statement about the grandeur of the past. 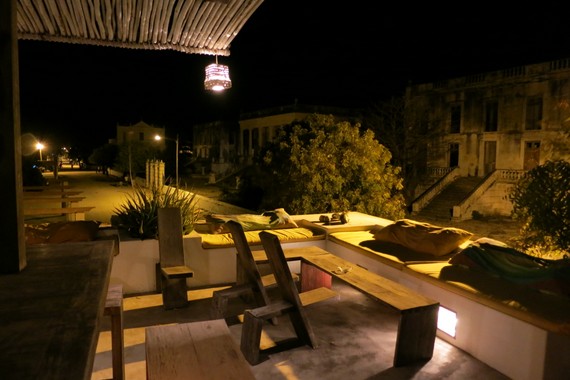 With roots in the spice trade, Mozambique’s cuisine is said to have a bit more zing than inland Africa so we went for a taste at the Rose Cafe. This adorable rooftop setup had great food and lent views to the grand old hospital. Once the biggest medical facility south of the Sahara, the hospital is now just a clinic with one doctor holding it together. 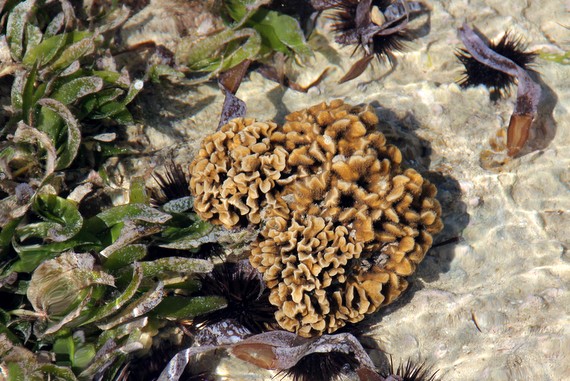 Our first night in town we tried to get a glimpse at the beach but the tide was so high waves were crashing onto the street. Though the next morning that same shoreline stretched out to sea for a kilometer, revealing incredible tide pools. Neon coral, clown fish, eels, starfish and sea urchins showing themselves in just a few inches of water. 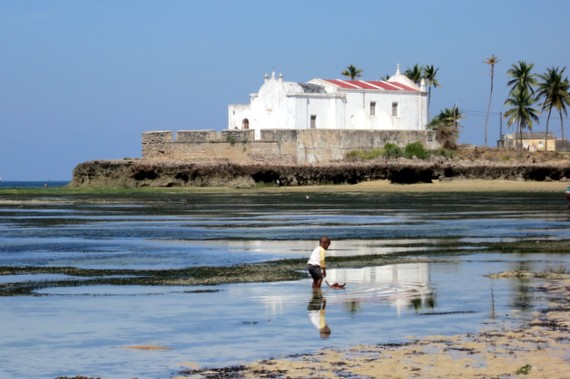 Walking the shore, we admired ladies trolling the beach for mollusks, men walking their nets out to sea, and kids playing in the waves. Behind this little boy is the Church of San Antonio, one of the great old chapels now abandoned and replaced by dozens of mosques on the island. 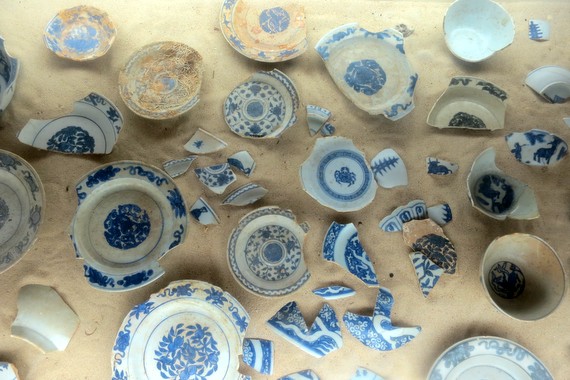 In the afternoon we headed to the museum, set in the governor of Portugal’s home. Decorated with the finest furnishings from Europe and the Portuguese colonies in Asia and Africa, the palace awaited the governor’s arrival to Mozambique but he never came. The adjacent maritime museum had a more lively history documenting all the explorers, traders, and shipwrecks that came to port. These plates were found on sunken ship coming from China carrying thousands of Ming dishes. 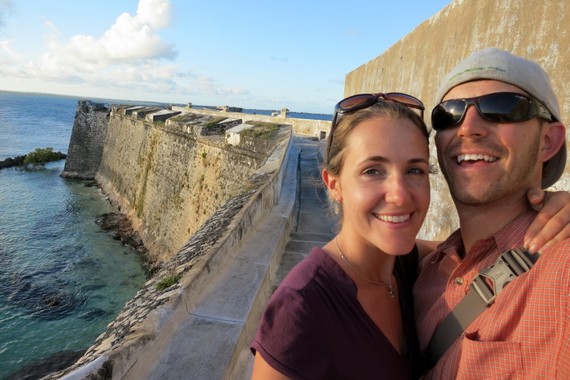 The ticket to the museum also grants visitors entry into the first settlement on the island, the 16th-century São Sebastião fort. A guard looked at our ticket on the way in but after that, there wasn’t a soul to be found–be it an employee or a tourist. Rubble-filled rooms, canons piled in heaps, and stairs leading to nowhere made for a slightly creepy but fascinating visit. 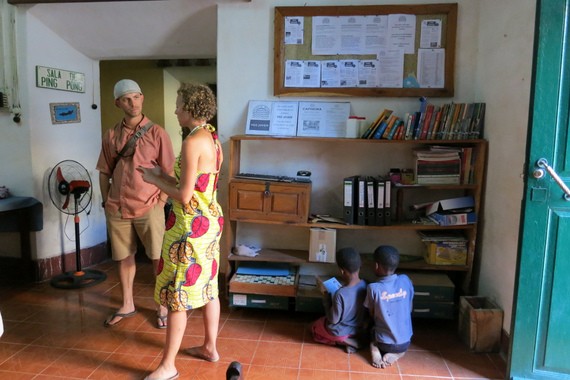 Sitting at the Escondhino restaurant (the place with the best internet connection in town) we met this lovely British woman Jessica who came here to work for the non-profit Projecto Oceano. Kids on the island (and most of Africa from what we’re realizing) are burdened with a boatload of family responsibilities at a young age, leaving little time for homework, if even school. This after-school program was put in place to provide a place for students to get caught up on anything they may have missed in class. 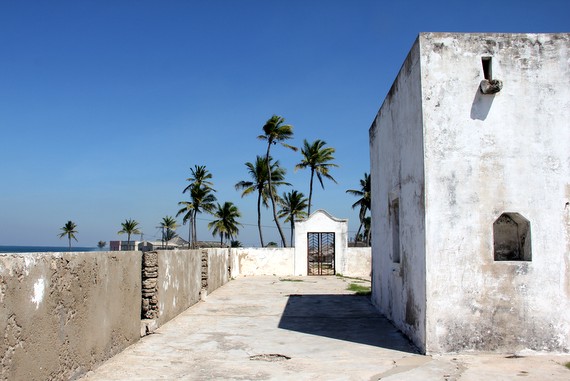 Ilha de Mozambique is wonderfully confusing place. We loved and hated it for its dilapidated state. Saddened by such grandeur diminished to rubble but inspired by the resilience of an abandoned town, Ilha de Mozambique is surely worth the visit if you can find a way to get there. 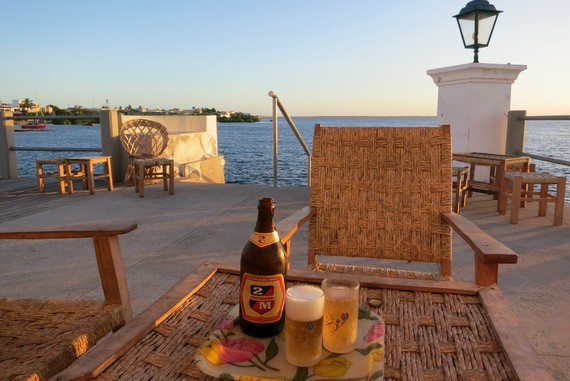