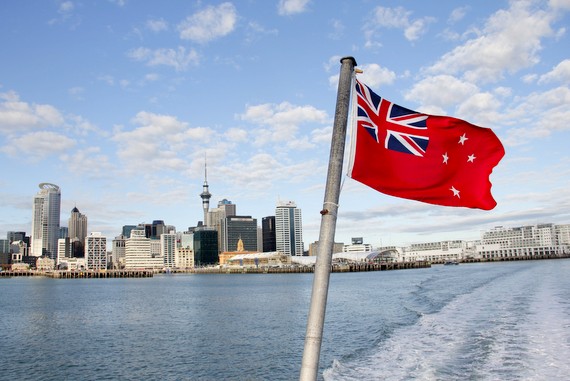 Spotless streets, glamorous storefronts, painted crosswalks, fish and chip shops, and the familiar sounds of the English language…where are we? Where are the grannies running noodle carts, monks walking barefoot, motorbike traffic jams, and the sing-song hum of Thai and Khmer? We are in Auckland, a city so lovely and familiar to home, but so far from the Asian world we’d come from. After seven months of straight travel through Myanmar, Nepal, China, Japan, Thailand, Cambodia, Laos, and Vietnam (plus the three months prior in Africa), we were in a state of culture shock…but fortunately, it didn’t last long. The ease in which things operate and the beauty that surrounded us in New Zealand let us know things were going to be more than okay and that a new adventure awaits… 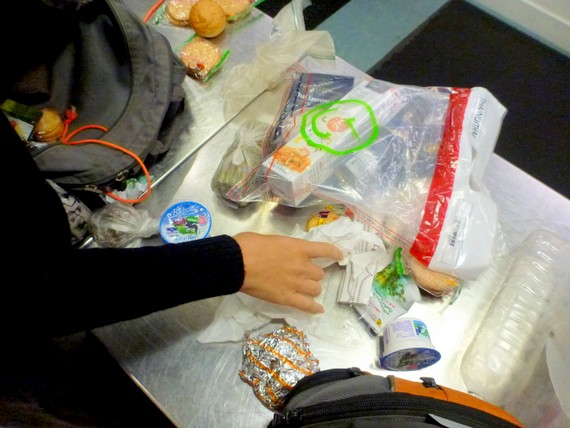 The Western shock first zapped us at New Zealand Immigration. We sort of forgot that developed countries care about crossing borders with “foreign” fruits, dairy, nuts and meat. The agriculture officer opened our bag full of Myanmar groceries and they nearly had conniption! Apparently, they had pity on us aliens because we heard they fined actress Hillary Swank $150 for not disclosing an apple! 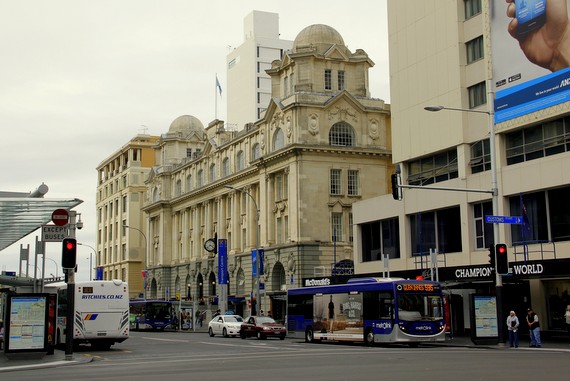 Following road signs in both English and Maori, the airport bus dropped us off at Queen Street, the heart of Auckland and British Colonial New Zealand. Pristine 19th century buildings and modern shops lined the streets leading to the downtown ferry terminal. It all looked so glamorous! 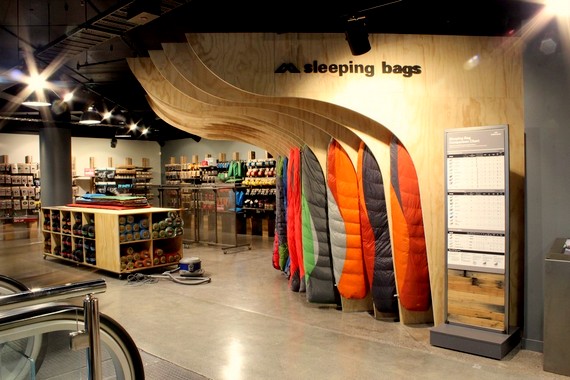 Being a cosmopolitan city in a country chock-full of glaciers, volcanoes, and fjords, Auckland has amazing shopping for outdoor gear–and man did we need to restock! Simply wearing the same bag of clothes for ten months is bad enough…but bike, hike, safari, and rock climb in them and they’ll most likely need replacement—if not incineration. We went into Kathmandu outfitters and it was like walking into a candy store. We bought a fleece, raincoat, beanie, gloves, water bottles, and new pride. 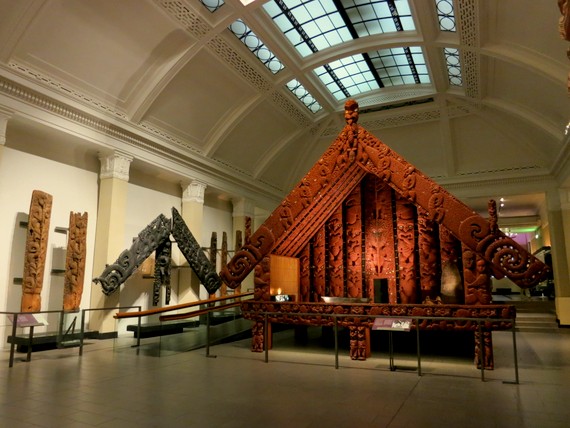 Looking quite spiffy in our new duds, we went to the Auckland Museum to help us get our bearings. Turns out there are 48 volcanoes in the Auckland area and the museum is built on one of the craters! The museum also has the largest Maori collection of art and artifacts and browsing its galleries gave amazing perspective on the spread of Polynesian culture–reaching a distance of 16 million square miles of ocean (by canoe!) with people settling on every habitable island in the Pacific from Taiwan to Hawaii. Amazing. 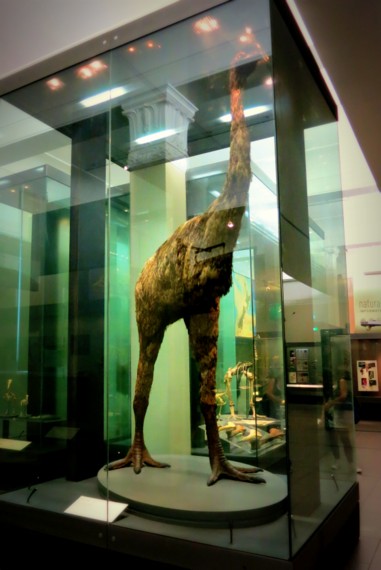 New Zealand has only been inhabited for 700 years since the arrival of the Maori (and less than 300 years by Westerners). For 80 million years prior, bird species native to New Zealand evolved in isolation from predatory mammals so they didn’t even need to fly and could just grow larger and larger. Looking at this nine-foot tall Moa bird blew our mind—especially to think they ran New Zealand around the same time as the medieval knights of Europe. 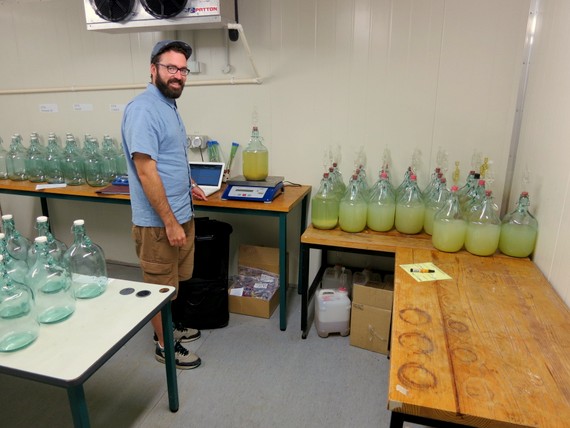 New Zealand is world renowned for its wines and that very fact brought our dear family friends the Kerners here in the 1990s to start their own vineyard, Kerner Estate. Their son Will is continuing the family tradition and getting his degree in Wine Science at the University of Auckland. It was great to see him and extra fun to play in a Wine Laboratory!

Willie lives 11 miles from Auckland on Waiheke Island, packed with vineyards and wineries, surrounded by beaches and picturesque hiking trails. We took the 35-minute ferry over to see his new home and get the insider tour of “wine island.” 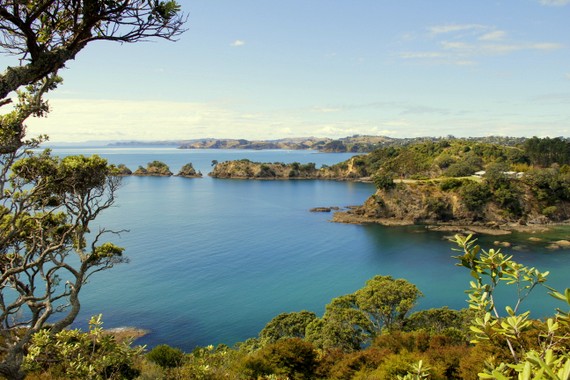 From the ferry terminal it was a quick walk to the trailhead of Matiatia Historic Reserve Trail—a 45-minute and very scenic walk, ending in the main neighborhood of Oneroa. What an introduction to the island’s vineyards, beaches, and panoramic views! 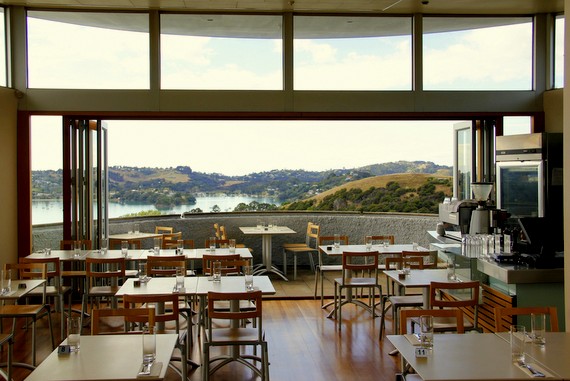 We met Will for “pie” (not apple pie, not pizza pie, …but a hearty New Zealand meat pie!), then we went wine tasting. We started at the gorgeous Te Whau tasting room with its award-wining wines and ocean views, then off to Stoneyridge where Will’s buddy took great care of us with extra pours of their organic Malbecs and Chardonnays. 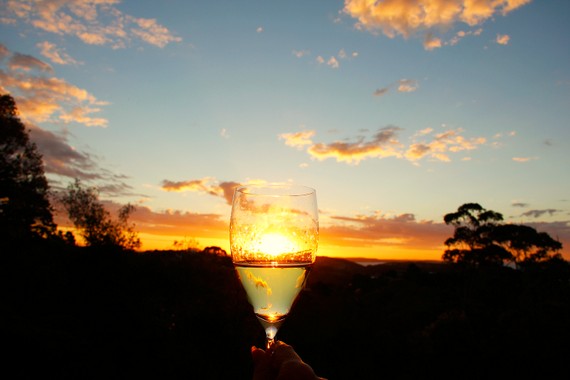 After seeing old friends, drinking wine, and getting a taste of New Zealand’s beauty…we were excited to be on Kiwi time.