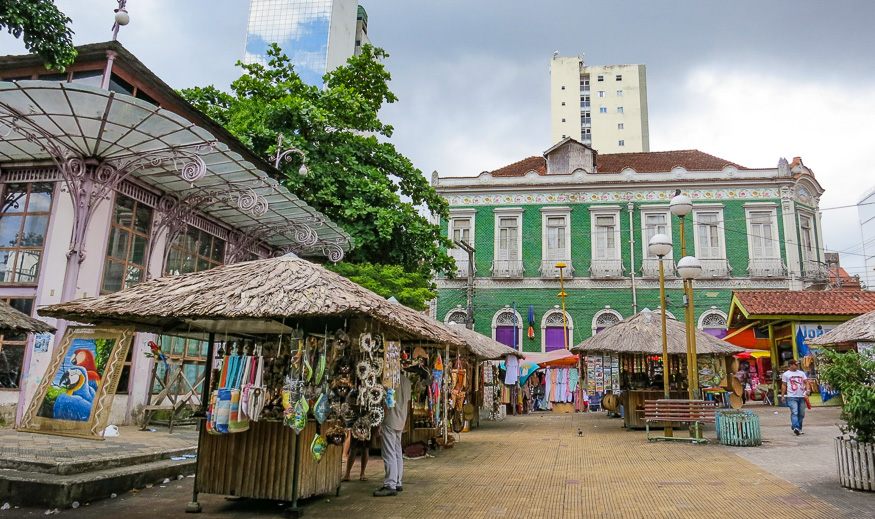 The first stop on our around-the-world journey has landed us in Manaus, Brazil, the heart of the Amazon. It’s a 2-million person city in the depths of the jungle that can only be accessed by plane or the only highway in town, the Amazon River.  Native Brazilians have obviously been living in the rainforest for centuries (more on jungle living later) but the Europeans that came flooding in during the late 1800s for its endless resources, namely the rubber trees, have given this town a very distinct character. The dream was to create “The Paris of the Amazon” with grand plazas, opera houses, and palaces and they succeeded… in their own quirky Amazonian way.

For a look at Manaus nearly 90 years after the Rubber Boom, in a new renaissance of sorts as they prepare for their debut as host of World Cup 2014, check out the full post on Seeing Design.